Sex: Gelding
Color: Dark Bay
Foaled: 2011
Height: 16.3 hh
Breeding: By Spring at Last, out of Coursing by Regal Intention
Adoption Cost: $750
Contact: Carmen@newstride.com
Charlie has settled in to his new foster home very well. He has an OTTB buddy who he gets along with very well.Charlie loves other horses including the 'minis' on the property. 'School' has started for Charlie and he's taking to it very well.We have learned Charlie is quite the character. He loves to pick things up and move them. Sometimes this is handy. He can untie a Pony Club knot in 30 seconds but hangs out after he does. Riding in the arena is a challenge for a curious wiggle worm such as Charlie.Charlie is learning how to negotiate a riding arena and is showing promise. He continues to show small improvements daily a midst his comical nature. Charlie is becoming  pleasant to ride as he is trying to figure out his balance in the arena.  He has been led off property on his own and has been ridden in company a few times. The world out there is very interesting for him, more outings are planned.  We love Charlie, he's fun to work with! 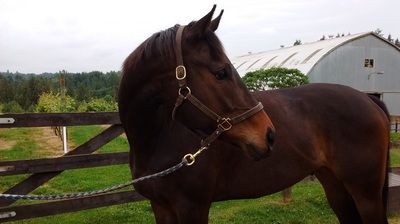 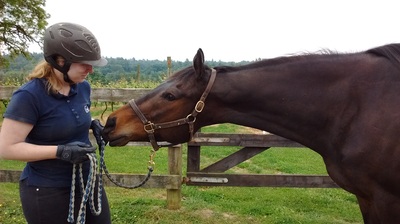 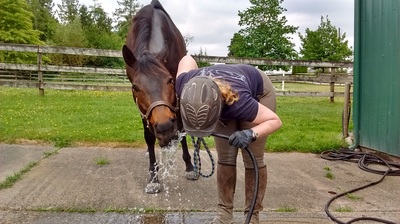 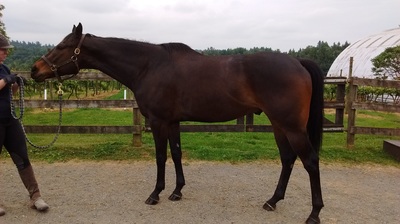 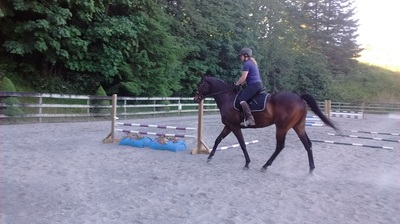 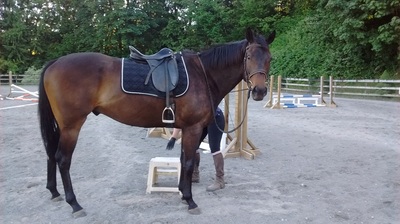 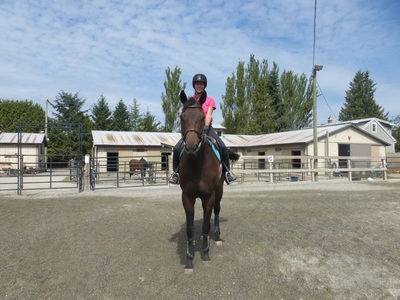 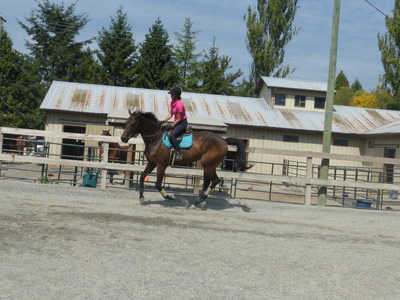